Want To Translateknow in your language

Itachuna is a semi village town located near Pandua. A sleepy town and peaceful where nothing much happens. The peculiarity of this place is it was way advanced of other villages since 100 years ago. This place was called Bargee Danga”. The story starts with the Maratha. But these guys could not remain sleepy. Firstly they were in Hooghly , a name given the Portuguese and secondly near to various well known places.If you are wondering who are these guys? Well there a people from India who controlled the North. The Martha Empire was founded in 1667 in response to the misrule and chaos’. It might have been founded to fight the Mughals. These guys turned their attention to Bengal. Details here.

So Marathas were fierce warriors from Maharashtra, what were they doing in Bengal. To make the story short, the lure of wealth and plunder was the main reason. Collection of Chauth’. What is Chauth? It is a tax that is equal to 1/4th of the produce. Alivardi Khan the new nawab set the stage. He disposed Sarfaraz Khan. Who unsuccessfully fights the Nawab and so does his brother in law: Rustam Jang. His son in law after his death wanted to regain control of Orissa and exact revenge. He calls the most able mercenary Raghuji Bhonsle. With later on ‘blessings’ of his king, he legitimately won right to raid and Plunder Bengal. The Marthas started attacking Bengal between 1742-1751. About 4, 00,000 civilian were killed. The general of Bhonsle ,Bhaskar Pandit attacked with light Calvary mercenary called Bargi. The Bengalis thus since that time called them Bargis. The attacks ceased when a treaty was made with the Nawab. You can read rest of story. There is lullabay which is sung to toddlers by mums in Bengal. The scar was such heavy that it took 200 years to forget.
Chhele ghumalo, paada judaalo bargi elo deshe

When the children fall asleep, silence sets in, the Bargis come to our country

Birds have eaten the grain, how shall I pay the tax (to the Bargi)?

All our food and drink is over, how shall I pay the tax?

Wait for a few days, I have sown garlic.
That is a different story.

Well one of the raiders named Kundans wanted to stay in Bengal. They are supposed to have established this Rajabari ,now known as Itachuna Rajbari. Shri Safffalya Narayan Kundu is said to have established that in 1766. They later on made agreement with the British. The establishment was after the British defeated the Nawab of Bengal. Their descendants remain till this date Shri Dhrubu Naryan Kundu and Shri Rabindra Naryan Kundu. The term Shri is equivalent to the English Mr. or Sayyid in Arabic(not the family,the title). They had a share of torture of their subjects but they had achievements too.

The Rajbari which means in Bengali house belonging to Royalty. The word is associated with the king and power. The Kundu family were Zaminders and therefore nobility. Nobility in the sense . The zamindar class was title given to Indian people under British rule upon payment of tax. It was like the Zamindar had several acres like 500-600 acres. This would be several villages under jurisdiction of the Zamindar. They were the authority and looked after welfare of their subjects. The Zamindar had a manger who was very powerful too ,called Nayeb. Once this Nayeb was attending in the British times a situation in which a dropped bomb by the Japanese did not go off. The British soldiers were trying to detonate the bomb which got stuck in the mud. All present villagers were helping the soldiers except the Nayeb. He got butted by the British solider and reprimanded for not helping.

The family made a model village even as before more than 50 years ago. Where as nearby villages did not have a road or access to it. It was a model village or town. Located just 50 Kilometers from Calcutta and situated in Hooghly which is well known due to history. They established Primary School, College ,Basic Training College for Teachers, College Many of students of Hooghly area and nearby graduated of Itachuna College known as BEJOY NARAYAN MAHAVIDYALAYA. Though the website does not mention any kind of affiliation with the family that founded and financed the college in the first place. There was time when mangos and other fruits could be plucked just by lying on the ground. That was the time of Zamindari. Well in late 70s Communist party came in power and stayed for 25 years. During their reign, the original owners and founder of this model semi town which has a strategic advantage was insulted and literally kicked thrown out of their own house.(according to witnesses who have passed away)This was not a befitting reply to those who had designed a beautiful village/semi town some 50 years ago. Then this semi town was very peaceful and modern in comparison to nearby villages. It might be for that reason youth of Itachuna filled with some artificial pride, yet they never themselves graduated from this college which was very close to their home. It was always outsiders that graduated and went to their careers. It is not just Itachuna Rajbari but if you are visiting you should the whole village/semi town.
Few of the Institutions they established:
Itachuna College-Bijoy Naryan MahaVidyalaya
Primary School Itachuna Sree Narayan Inst High School
Teachers Basic Training College-Itachuna Teachers Training
These were founded and financed and founded in the late fifties by the Kundu Family for some time. This was before they got removed from their position.

Though the Zamindars had achievements but they were strict too. Some of their laws were like nobody can make two story building. This would be comparable to them . It was not until the end of Zamindari rule that one could build more than two stories. This is a reason Itachuna does not have two story or higher buildings in great number. Another source spoke of a Muslim family (Zamindar) who took asylum in the Kolkata riots . That Muslim family had kept great amount of gold with them but alas they did not get it back. That might have been protection money? Will this generation correct their ancestors misdeeds?

How to Reach Itachuna Rajbari?

Well you have few choices 1. Take a Taxi. 2. Go to Howrah Train station but a plan is necessary. The distance from Howrah station to Khanyan is 55 KM and takes 45-50 minutes by train. By Taxi it takes about 1.5 hours from Airport. Most probably if you are a visitor to India, you would be staying in a lodge near New Market, Kolkata. Take a bus or other options to Howrah and then you can go from there.

The appearance is grand from the outside and striking. It reminds one of Lucknow. In the days of Raj, it was not just about buildings but style and architecture mattered. The Ottomans already had seta standard which Nawabs and Sultans were inspired by. The Rumi Darwaja is an example of it.

There are no hotels or inns to stay in Khanyan or Itachuna. You have to know people down there or you can stay in the Rajabari like a Royal Guest “. The cost being 50-90 US$ per day. The most probable area you can stay is near Pandua, Chandangore or Serampore. Rent is about 1000 Indian rupees or less. The Rajbari is divided into few categories . This include: AA,Maa, and huts . There is AC rooms with WIFI. It is a quick getaway for the weekend or visit. The food is vegetarian and supposed to be good. There are 3 categories and under each categories they have rooms.

They have another two categories with similar names. The names are given as family members in a joint family. The First one Boro Boudi ” is the wife of the eldest son. Boudi means wife of one’s brother’s wife from the perspective of the younger sister or brother. The Muslims will use the term Bhabi.

The food plan is mainly vegetarian upon request chicken, mutton are served. Muslim travelers have to request for halal menu.

Break Fast-Complimentary provided you take their Lunch and Dinner plan(night)-600 INR. That is 7.28 US$. This is per person and per day. The food is really delicious giving a taste of Bengali Food. They do how ever have meals for 300 INR which includes lunch and Tea for people who just one want to visit for the day and return back.

Story 1.There was a dedicated Principal Of Itachuna College who gave his life to save two brothers fighting on the train tracks. He was on his way to the College and saw two brothers fighting right on the track and mail train coming at 100 KM/Hour. (approx). The mail train do not stop unless select stops. He pushed the brothers but alas he died along with one the brothers. This was an example of dedication by the teacher.

Story 2. The great actor Uttam Kumar known as Mahanayak of Bengali Cinema stopped in the train station Khanyan. There was a local who was asked to serve tea to him. But he went to groom him self and they took some body else. Film :Nayak by Satayjit Ray

The Kundus were neighbors to the Mollas. A Muslim family living for centuries .This family was connected to Simlagarh’s Munshi Bari. This happened to be in laws of Sir Azizul Huq, who was the High commissioner to Britain.(1947)

There are more than just Rajbari to See. Go Visit below

There are other nearby towns to visit which are just within 10-15 km in distance. There is also a place Mahanad. This place has history from the Gupta Period according to the ASI. A distance of 7.9 km from Itachuna Rajabri. While out there also visit Pandua ,a place of Indian Islamic and Hindu history. Don’t miss out these attractions nearby. Specially visitors who are on transit in Kolkata or visit can avail this opportunity to getaway”. You can start in early morning from Kolkata and expect to return by evening to your hotel/inn in Kolkata. In case you needed Tour Plan and Guide. 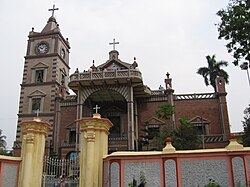 The Church was made by the Portuguese in 1599. Bandel was a Portuguese town until the British came. Distance of 22 Km from Itachuna Rajabari(IR)

The Dutch East India Company established themselves in Hooghly in 1635 ands stayed till 1825. Distance from IR:23 KM

This place was once known as name Frederiksnagore ,city named after King Fredrick V of Denmark. From 1755-1855.Distance from IR=42 KM 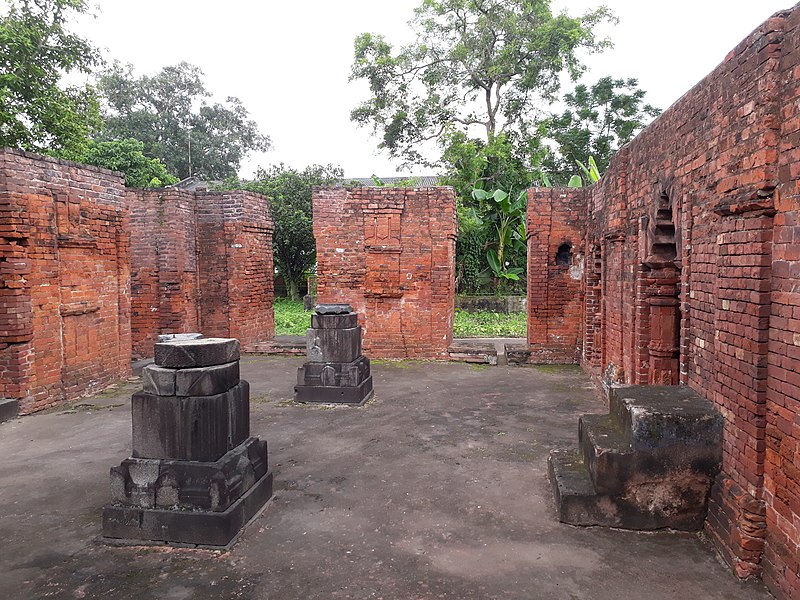 This was known as Satgoan ,also known as Saptagram. Ancient history with Muslim history from 1291 CE. Prominent Port city. Distance from IR:17 km

Founded by the French 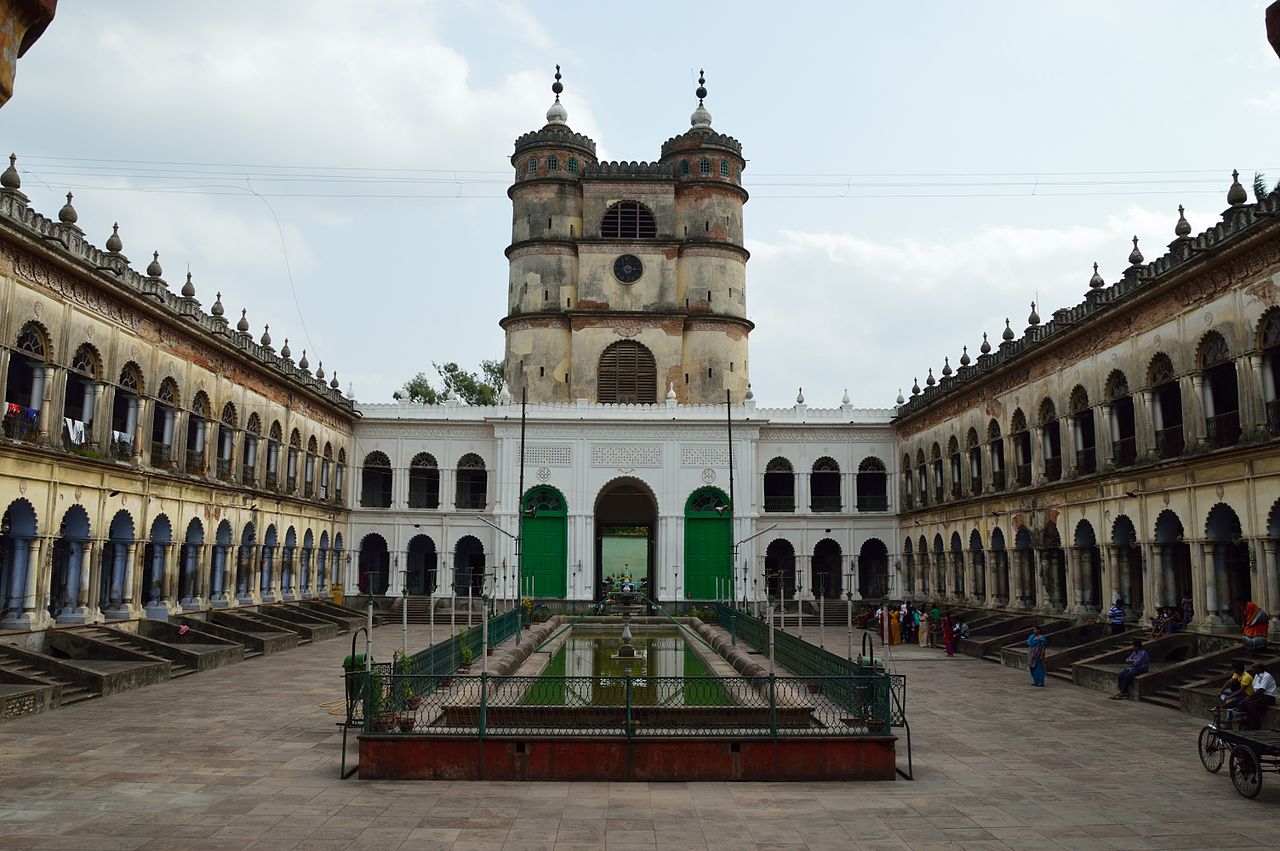 Imambara built by Haji Mohsin from Persia. It was to replicate Big Ben of London (1841) Distance :22 Km(IR)

Satgoan ,a once important place even before the Bengal Sultanate. Famous Muslim Moroccan traveler Ibn Batuta mentions it in his travel to India. 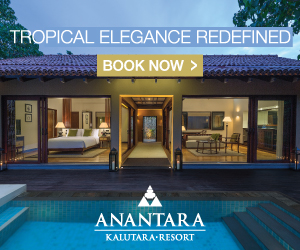 We have a great team based in West Bengal India who can be your guide to Hooghly and nearby areas. Let us know your requirements

A Mini Europe in Hooghly! The distance ranging from 18 kilometers to 45 Kilometres away from Itachuna Rajbari.(Hooghly).The Portuguese came around 1538 CE in era of emperor Akbar. The French, Danes , English and Portuguese were living as neighbors within less than 50-70 km max.